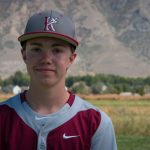 We would like to congratulate Aaron Williams.  Only a few probably know that last week Aaron represented Merit Academy in cross country.  Aaron is just a sophomore at Merit.  He missed the cut to go to state by a minute.  Congratulations Aaron on a good cross country season we look forward to future seasons. 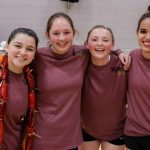 The Lady Knights took on West Ridge on Tuesday night.  The night started with the honoring of the Knights four seniors.  The seniors and coaches for West Ridge were also honored before the game.  Each senior and coach for West Ridge expressed their gratitude after the game for the Knights taking the time to recognize them. 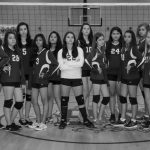 The Knight volleyball team will play their last home game on Tuesday night.  We will take the opportunity to honor our seniors before the game.  There will also be a senior (boys and girls) versus faculty volleyball game played after the ladies win.  Please come out and support our girls as they finish up the 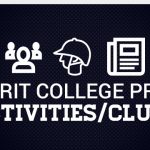 All girls interested in playing softball please meet in the gym during the beginning of mentoring in the morning Monday October 5th.  We will have a short meeting. 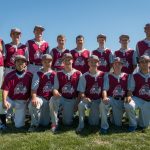 We would like to congratulate the Knights on a good season.  Merit decided this year to enter the baseball diamond.  An Inaugural season is met with a lot of uncertainty in any undertaking.  The young men who played as a whole had limited experience.  They are to be congratulated for their willingness to put themselves 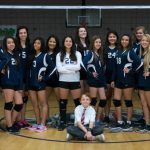 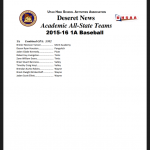 We would like to congratulate Brinler Tanner for making the Academic All State Team.  The average GPA of the team is 3.952.  Brinler was the Knights starting pitcher this year.  He has maintained a 4.0 GPA while never missing practice, along with having to miss school for double headers and travel weekly.  Congratulations Brinler, we 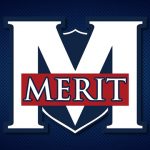 International club is a group that is consisted of not only foreign students but also local students who want to experience different cultures.  Xanthe, a science teacher is a leader of the club.  The club holds international dance Asian new year party, Cinco De Mayo every year, and over 200 people show up to the

The first performance of the year for the Merit College Preparatory Academy Concert  Choir went swimmingly, garnering what could have been the largest crowd at the Springville  Heritage Days’ outdoor performance area, where such people as a duet of bagpipers and a  small group of our own choir members (before and after respectively) performed. The roster of  the songs was as follows, in order: ​Utah, We Love Thee ​ , which is Utah’s state song, ​Nelly Bly, a  lively dancing song about a man who loves a woman, as so many songs are, ​Home Again, a cheerfully solemn song about a man who returns home after a period across the sea to find that  things aren’t quite aren’t as they were before he left. Ending the program was an arrangement  of a song made famous in 1852, fame of which lasts to this day, Camptown Races, which is  about a day at the horse races. The choir was arranged with the members sorted into sections,  which are as such (assuming you were up there, looking down at the audience): altos to the  right hand side, tenors in the front row, in the middle, basses in the middle, behind the tenors,  and sopranos on the left hand side. ​ Nelly Bly was the most favored of the songs sung at the program. Being a lively dance song, many of the members of the audience clapped along with  the singers, adding to the joyful mood of the song. Overall, the Concert Choir did well for a first  performance, and this reporter looks forward to see what is in store for the future of concerts. Author Brandon Nay­Jewell Editor Mrs. Limb

No Events This Week

Events are added by athletic staff.
View All Events